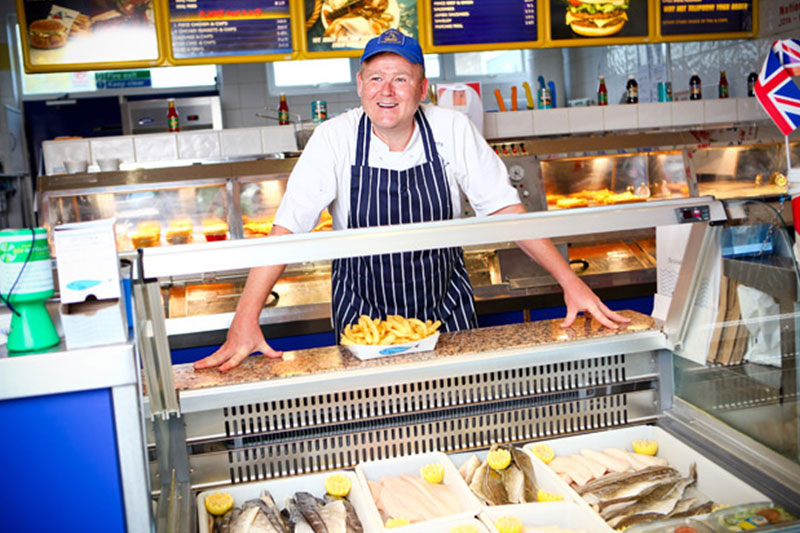 Come and choose your piece of fish from our UNIQUE WET FISH DISPLAY and have it cooked before your eyes! All of our chips are peeled and chipped fresh each morning, all of our fish are trimmed and pin boned (meaning there are no bones)!

So, come and see us at Henley’s Fish and Chips in Wivenhoe and sample our excellent fish and chips for yourself! Telephone orders are welcome.

As fresh as it gets…

We have a wet fish display built into the counter/serving area so that our customers can see the different species and the quality of all our fish. Staff are educated and knowledgeable regarding sustainability. This allows our customers to be able to “Buy with confidence”. We believe that training, education and knowledge are vital.

“Henley’s of Braintree was established in 2009. Our manager at our Wivenhoe shop was John Gibson who lived in Braintree, and after 7 years of travelling to and from Wivenhoe, suggested we open a shop in Braintree.

He has done a great job in building the business and we have worked together for over 20 years now. He also has a great assistant manager, ‘Mac’, and a first rate team! They were voted “BEST FISH & CHIP SHOP 2013″ by the Braintree & Witham Times! I would like to take this opportunity to publicly thank John, not just for all his hard work but also for his loyalty and friendship, which I value greatly!” 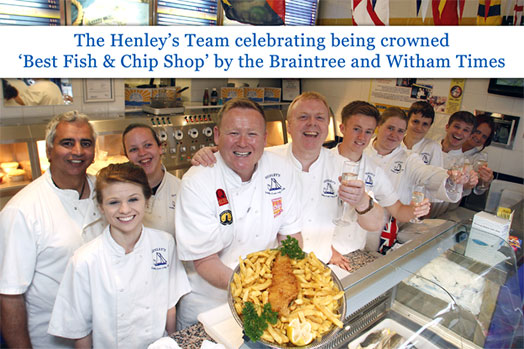 Pick up your loyalty card today! 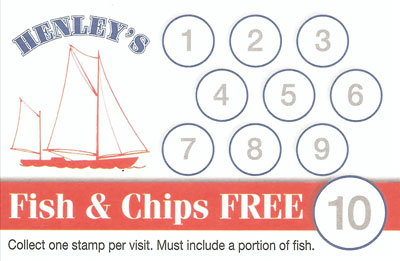 We are very happy to cater for any customers with special requirements. Gluten Free food is always available! We would, however, recommend you telephone your order in advance.

We can arrange delivery in heat retaining individual boxes, with knives, forks, and salt and vinegar (of course!). We can even provide you with a celebration cake – all just one phone call away!

Please feel free to email or telephone your comments. Everyone who registers their email with us will get regular updates plus discounted and free chips vouchers…
just click here.